Get the latest economic news from ForexMart, including updates on the financial market, central banks' policy announcements, financial indicators, and other relevant news which can have an impact on the industry.

Brent has been holding near the maximum since November last year

During Monday's trading, the price of oil reached the level of $89 per barrel, which was the highest since November last year. On Tuesday, the quotes show a moderate decline, nevertheless continuing to remain close to the values reached.

Oil prices are supported by hopes for a recovery in demand as the Chinese economy opens up. A weak dollar also has an additional impact on the growth of quotations. Analysts note that North American WTI oil may continue to grow not only due to improved forecasts for China, but also due to expectations that the Fed will slow down the pace of rate hikes.

At the same time, the current market situation suggests that investors may underestimate the prospects for an increase in fuel demand from Chinese consumers or the expected reduction in oil production in Russia. As expected, the price ceiling for Russian petroleum products, including fuel oil and diesel fuel, will come into force on February 5.

In 2022, Russia was the largest supplier of diesel fuel to the European Union, providing almost half of imports in 2022. The suspension of imports from the Russian Federation will reduce the supply of diesel fuel by more than 660 thousand barrels per day.

ForexMart brand is authorized and regulated in various jurisdictions.

This website is operated by (Reg No.23071, IBC 2015) with a registered office at Shamrock Lodge, Murray Road, Kingstown, Saint Vincent and the Grenadines.

Restricted Regions: does not provide services for residents of certain countries, such as the United States, North Korea, Sudan, Syria and some other regions. 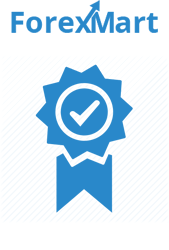